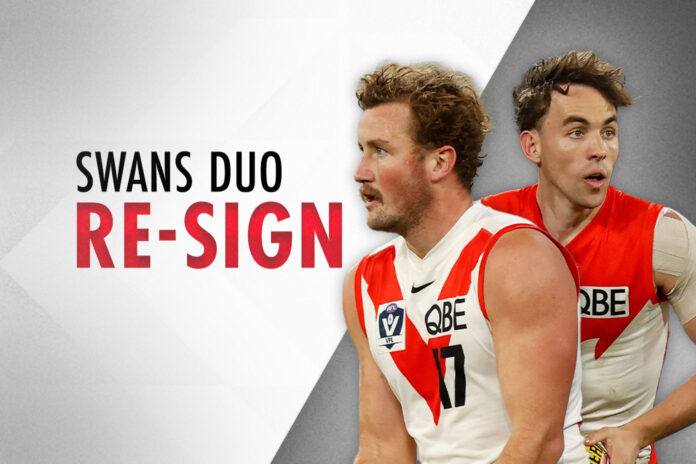 Sydney have locked away the hard-working Ryan Clarke and defender Will Gould for season 2023.

After struggling to find a place back in the side, Clarke had a new lease on life playing as a defensive forward and with it shutting down the opposition's most damaging half-backs, including Jack Sinclair, Nick Daicos, Bailey Dale, and Jordan Clark.

The former Kangaroo would go on to play 14 games in 2022, including the Grand Final against Geelong.

Since moving to the Harbour City ahead of the 2019 season, the 25-year-old has played 41 games for the red and white after 40 games in three seasons with North Melbourne.

Speaking to the club's website, Swans Executive General Manager Charlie Gardiner says Clarke's signature is a testament to his character.

"Ryan has shown this year that he can play a very important role for the team, he works incredibly hard and displays total commitment to the side which we love," Gardiner said.

"He's a quality young man and has shown great resilience over his career to date. We are looking forward to where he can take his game from here."

Although still yet to play at AFL Level, Gould has been rewarded for a standout VFL season by taking out the club's Player of the Year Award for their reserves.

"Will's development has been solid as a key defender and we believe he has a good future at the Swans," Gardiner said.

"We are looking forward to seeing what Will can produce in 2023. He's worked hard on his game over the last three years and was one of our most consistent performers at VFL level this season, so we are plased that he has recommitted to the club."