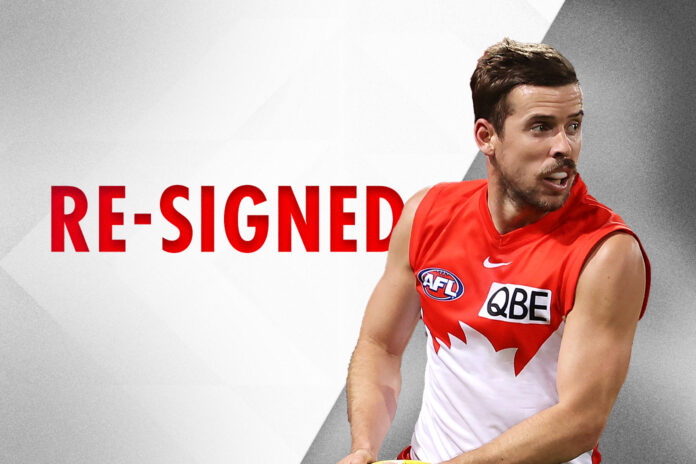 Though plenty of wind was taken from the Swans' sails after being demolished on grand final day by Geelong to the tune of 81 points, Lloyd contended that he couldn't wait to see how his charges bounced back.

“We've got such a young and exciting group I'm really looking forward to what's ahead for such a good group”, Lloyd said in a club statement.

Taken in the second round of the 2012 rookie draft,  the 29-year-old has been a consistent performer off Sydney's half-back line for 200 matches, his recent milestone coming in the side's devastating grand final defeat to Geelong.

Lloyd was a pivotal piece in Sydney's successful 2022 campaign, averaging 24 disposals and six marks over 24 matches.

He had a brilliant 25 possession, 10 mark and two-goal performance in a qualifying final win over the 2021 premier Melbourne, solidifying his status as a big-game player.

He also racked up 39 disposals in a dominant round 15 win over St Kilda and has shown no signs of slowing down while his side enters the premiership window.

“The club took a chance on me as a young kid ten years ago and to be signed on for another three years, me and my family are stoked,” Lloyd said.

“To be a one club player for the Swans means a lot, the opportunity they gave me as a young kid to fulfil my dreams at the elite level, it really does mean a lot.”

Ryan Clarke and Sam Reid are now the only members of Sydney's 2022 grand final side who remain unsigned.