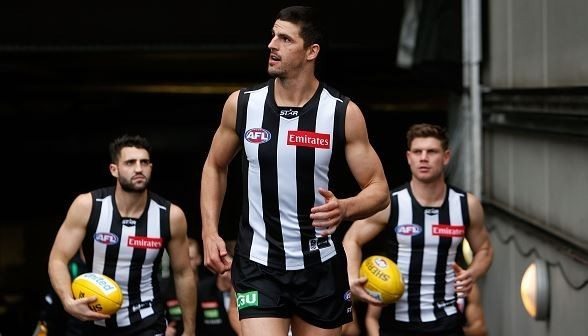 The Magpies continued to regress under Nathan Buckley, this season finishing in 12th after fading midway through the year, winning only two of the last 2 games.

What is perhaps most concerning for Collingwood fans is that each year under Buckley, they have regressed. This year, despite an improved list and some solid off-season additions, they still failed to improve.

The list is a strong one, capable of being competitive at AFL level, but only one win over a finals team (North Melbourne) all year says it all.

Last year, the Magpies extended Bucks’ contract until the end of next year, which supposedly says he has a time frame to impress the board.

Considering the names keen to join the Maggies this off-season, there should be no excuses for failure next year. Not at one of the biggest sporting clubs in Australia.

The only thing stopping Essendon from getting an F for this season’s efforts is the lingering drugs scandal.

While it is easy to say that they should be able to play through the adversity, no one outside of the club can truly understand the affect it has on the players.

That said, the Dons sunk to a new low this year.

Finishing 15th on the ladder, just about everything went wrong.

Five losses over 50 points, one win over a top eight side, and they finally sacked divisive coach James Hird, to the delight of the AFL public.

No one knows exactly how Essendon will perform next season.

They will have the luxury of bringing in some high draft picks and are in the process of signing Matthew Leunberger from Brisbane, but they are also set to lose both Jake Carlisle and Jake Melksham, two regular first-teamers.

The appointment of John Worsfold as coach is a good one that will refresh the culture in the club, but Dons fans shouldn’t be expecting miracles next year.

Mind you, any signs of life compared to this year would be a miracle.

Fremantle fans will know exactly why they received this B+. They are the first team in 10 years to not even make the Grand Final from first place.

Yes, they did get unlucky with the draw, with West Coast defeating Hawthorn and forcing their mortal enemies to match up with the eventual premiers.

But to be the best, you have to beat the best and this year Freo proved that despite being the best team all year, there is still some fragility in this group when under pressure.

They have been linked to names such as Cam McCarthy and Harley Bennell this off-season, but the fact still remains that Ross Lyon is yet to lead any of his superstar teams to the premiership cup. Is that too much of a coincidence?

The Dockers can make all the off-season additions they like, but at the end of the day, when it matters the most the change needs to come from within.

Can Fremantle find that change next year?