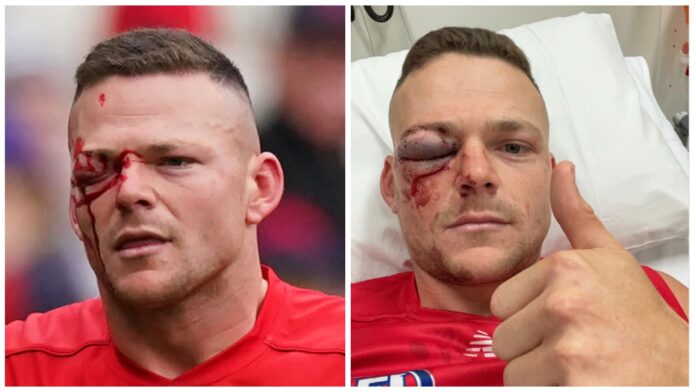 After an errant elbow from Cats star forward Tom Hawkins led to a trip to hospital, scans have confirmed that Demons Key defender Steven May sustained a fracture right eye socket.

The Demons announced the extent of Mays injury in a statement on Monday afternoon.

With no clear timetable for his return, Melbourne have estimated up to four weeks on the sidelines for the star defender subject to healing.

It was also May’s second concussion in five weeks, which will need him to partake in concussion protocols whilst simultaneously beginning rehab.

May’s injury leaves a void in the Demons back half, with 21-year old Harrison Petty being flagged as a potential replacement.

The Demons will look to remain undefeated when they play the Hawks this Sunday at the MCG (AEST).