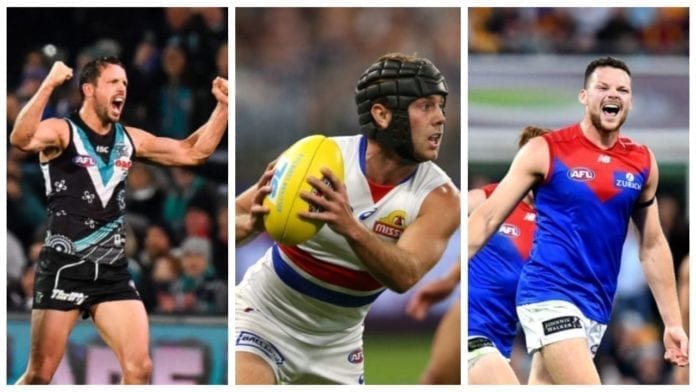 Hard to go past the midfield stars of the Eagles this week, with Andrew Gaff and Tim Kelly carrying their depleted midfield to a terrific win over the Saints.

Gaff had 33 touches in a best on ground display, he is joined by former skipper Shannon Hurn.

Noah Balta's shut down of Tom Hawkins finds him a place in the team for the first time this year.

His fellow Richmond big man, Jack Riewoldt booked the other goal square after his electric display up forward.

Carlton are represented by Harry McKay and Jacob Weitering despite their loss to Adelaide on Sunday. Weitering kept Carlton in the game when Adelaide were pressing in the first half.

Collingwood pair Jordan De Goey and Mason Cox also feature, with the former booting a game-high four goals in his first game in two months against the Suns.

ROUND 17 TEAM OF THE WEEK