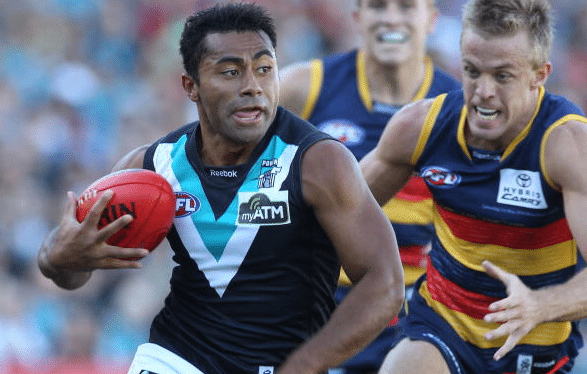 AFL umpires boss Hayden Kennedy told 3AW on Thursday that Rodan had been attending umpire training sessions as he pursues a career behind the sticks.

“I’ve seen David down here on a couple of occasions working out with our goal umpires coach,” Kennedy said.

“He moves well between the sticks.

“He’s going to bring a lot of character to goal umpiring.

“I spoke to David about why he wanted to become a goal umpire and they’re just fantastic reasons, about the multicultural [side of things] and how he can get other people involved.

“It’s just a fantastic story if it ends up David actually debuts.”

Rodan played 185 games across 11 seasons (65 for Richmond, 111 for Port Adelaide, nine for Melbourne), before a fourth knee construction ended his career in 2013.