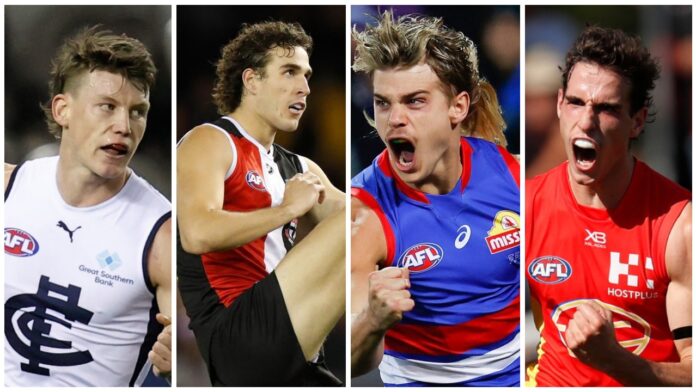 The 2001 'Super Draft' is widely regarded as one of the best, if not the best draft of all time.

Sam Walsh has come third in a Brownlow Medal and is arguably one of the game's top 5 players. The King twins are seemingly growing by the year and look ready to dominate the competition, while Bailey Smith is probably the most popular player in the league

We've given our best attempt at selecting the top 10 from what may be the most difficult draft to reselect in AFL history.

Sparrow cemented himself as a senior AFL footballer in 2021 and capped off his year as a premiership player. 21 games this season after managing just 7 games in his previous two seasons showed a significant step up for the 21-year-old who has a big future ahead.

The South-Australian became an important piece to the Melbourne puzzle in 2021 and averaged 11 disposals. While that isn't a big number his impact goes far beyond what he did with the footy.