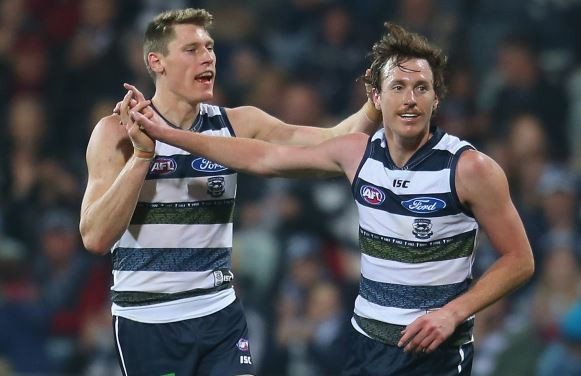 Ex-Cat and former No.15 draft pick Mitch Brown says he has received interest from some AFL clubs, as he looks to reignite his career.

Brown enjoyed a stellar season with VFL club Sandringham, playing in both attack and defence.

The key position player struggled with injury and form during his six years at Geelong, before being de-listed at the end of last season.

The 25-year-old told AFL Trade Radio on Wednesday that he has spoken to a few clubs about restarting his AFL career.

“I’ve spoken to a few which is hopefully some good signs that something may happen on draft day, but there’s still a long way to go,” Brown said.

“But if not, I’ll just go back to the VFL again and try and give myself another opportunity next year.

“I’ve been training really hard throughout the year and I’m as hungry as ever to get on a list.”