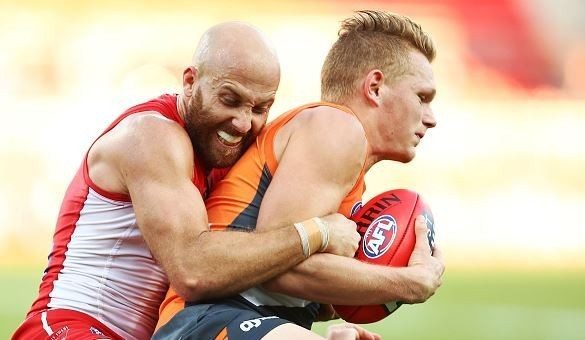 Collingwood will offer GWS two draft picks to get Treloar to the Pies.

Speaking on AFL Trade Radio, Collingwood list manager Derek Hine said the club is likely to package together its first round selection from this year (pick No. 7), plus the second round pick from next year to snare Treloar.

“He’s a 22-year-old, he’s had some really consistent footy, he’s played 79 games … he’s an elite player and he’s got enormous upside – I think it’s not too far off,” Hine said.

“Clearly Adam wants to get to us and we want to have him. It’s just a matter of us sitting down with GWS and working through the process.

“We’ve done it in the past when it was a really win-win outcome for both Shawy and Tay Adams, so we’re hoping for a similar outcome.”