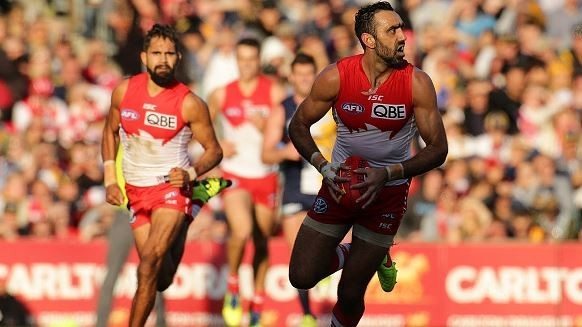 Essendon great Tim Watson says that Adam Goodes would be booed if he took part in the Grand Final day lap of honour.

Watson told SEN radio on Monday morning that if the booing did not stop after Goodes took time away from the game in the latter part of the season, then it would never stop.

“I think people would still boo him. I really do,” Watson said.

“Because after all this, all that took place, after he stood down from the game for a week because of the mental anguish associated with booing, he came back and there was still booing.

“He went to Fremantle last week and there was a lot of booing. There was booing again at ANZ Stadium (on Saturday), even though it was a small crowd of 31,000.

“I think that he doesn’t want to put himself in a position like that again.”