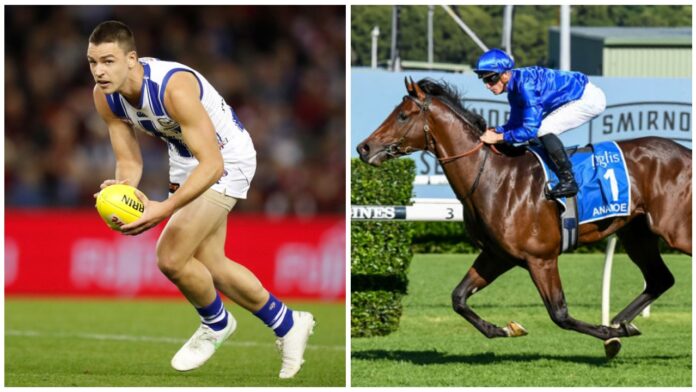 If you're looking to have a little play on the nags this weekend, but have no idea what you're doing, or can't be bothered doing hours of extensive form, we've got you covered.

We have gone through the full card at Caulfield and found a few omen picks to fuel that off-season connection to your footy team.

Of course, if you're after a more thorough analysis of the race day, you can head over to zerotipper.com for more detailed horse racing tips.

One of the running narratives in football among fans at the moment is the seamlessly never-ending salary cap at Carlton. The Blues have spent big in recent seasons and have re-signed some stars on big-money deals. Blues fans should embrace the narrative and follow Excess Funds at the Valley.

The red and black silks of He's Xceptional should immediately catch the eye of Essendon fans. The connection can be as far winded as Bomber fans like. With plenty of exceptional talent on the list, they can attribute the name to a number of players as well.

Much like Geelong, Best of Days just won't go away. His best days should be behind him but he rarely puts in a bad performance and has been around some of the spring's biggest races for quite a few years now. A reliable veteran.

No one experienced a more cheerful moment than Melbourne in 2021. And for that reason alone Demons fans should be on the Luke Currie ridden galloper. Any excuse to keep the vibe going for Dees fans is a good one.

There is a big, big sound from the west of the town. And there just may be a bigger sound if Sound can get up and win the Moonee Valley Gold Cup. The Giants have a great song and the big, big sound of the mighty Giants will have GWS fans looking fondly at Sound this weekend.

The Kangaroos are young, very young. But they're exciting. Just like Godolphin runner Anamoe who heads into the Cox Plate in a familiar blue to North Melbourne fans ad a live chance despite being the baby of the field. Roos fans endured a tough year so why not get on board a live chance and get that winning feeling back.

This is a broad one that any team with a mascot that flies can obviously lay claim to. Adelaide, Collingwood, Hawthorn, West Coast and Sydney all have a right to be on this one.