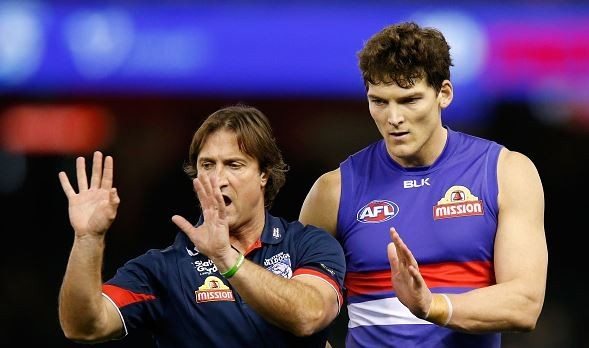 Western Bulldogs coach Luke Beveridge says Will Minson is part of the club’s future plans, despite the ruckman once again being overlooked for selection.

The Bulldogs will go into Saturday afternoon’s match against North Melbourne with preferred ruckman Tom Campbell out through injury, yet Minson has still been unable to convince the coach he should be selected.

However, Beveridge said that Minson is a required player.

“Every week we consider Will and our ruck situation,” Beveridge said.

“All it says is that he’s next in line or the one after that at the moment.

“Will’s a contracted player into 2016, so he’s a required player.

“His long-term future is secure.”

“We’ve probably gone in different in recent times with how we’ve played our rucks and it’s really worked for us in certain areas,” said Beveridge.

“We’ll need to be at our best to combat Goldstein tomorrow and we’ll have plans in place to do that.”