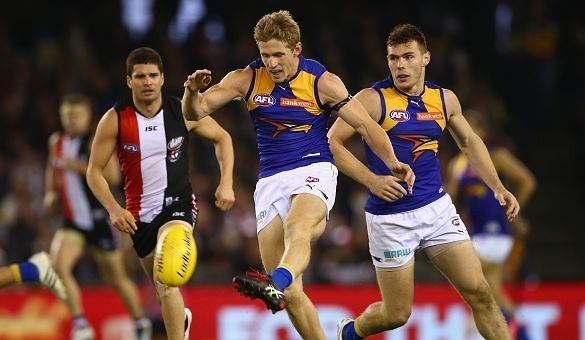 West Coast midfielder Scott Selwood says he is hopeful of staying at the Eagles, despite strong rumours linking him with Geelong.

Selwood has had a difficult run with injuries the past few years, managing just 12 games in each of the past two seasons, after badly injuring his ankle in round three last season.

Speculation has been rife all season that the 25-year-old, who will become a restricted free agent as season’s end, will join brother Joel at Geelong next year. But Selwood told The West Australian that he wants to remain in Perth, despite not yet signing a new contract.

“At the start of the year we said: ‘Let’s get the ankle right and focus on it’ and the ankle’s probably drawn out longer than what I expected,” Selwood said.

“That was probably when things started popping up (with the contract) and then we said: ‘Let’s put it off’ with the ankle still continuing.

“But I love this footy club and I love representing the jumper. We’re in a good spot at the moment.

“It hasn’t really been on the forefront of my mind even though there’s been rumours swirling. I’ve just been focused on trying to get my ankle right and dealing with that.

“Once I get through that, we’ll make a decision and I’m sure it’ll be hopefully the right one and I’ll hopefully continue with the Eagles.”