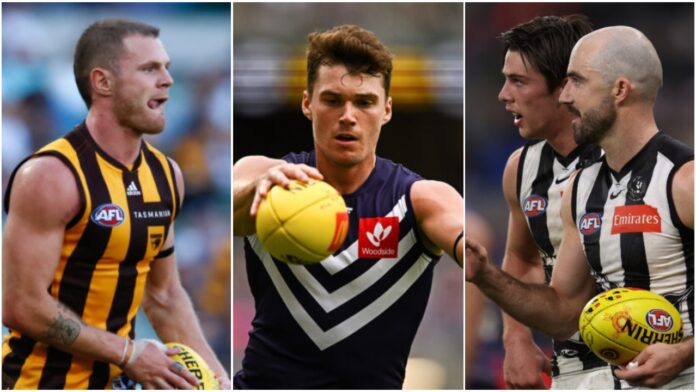 With Brisbane, Collingwood, Fremantle, Hawthorn, Melbourne and North Melbourne all on the bye this weekend, we examine how they have performed so far.

The gradings factor in pre-season expectations, as well as their form across the opening 13 rounds of this year.

Putting it simply, the Lions are flying. They sit top of the ladder, have a healthy percentage and a top four finish looks a certainty. A closer look at the Lions' season to date suggests they are sitting exactly where they should be.

Their fixture has been relatively easy given the strength of their squad, the toughest games they have copped so far have been Sydney, Geelong and Fremantle away, two of which resulted in losses.

That's not to say the Lions are pretenders, more that we will know how real they are when they play Melbourne at the MCG next Thursday night.

Their midfield and forward line have been doing all the damage. Lachie Neale is back to his Brownlow winning form, averaging 32.4 disposals and 7.5 clearances a game so far in 2022.

Young star Hugh McCluggage has taken his game to a new level, all but a lock to be All-Australian this year, averaging over 23 disposals and 3.8 clearances a game. The key man however has been Joe Daniher, booting at least three goals in every game not marred by injury.

The run home will test the Lions a bit more, they play Melbourne twice, among a handful of other tough clashes, however it's hard not to argue they'll finish outside the top four.