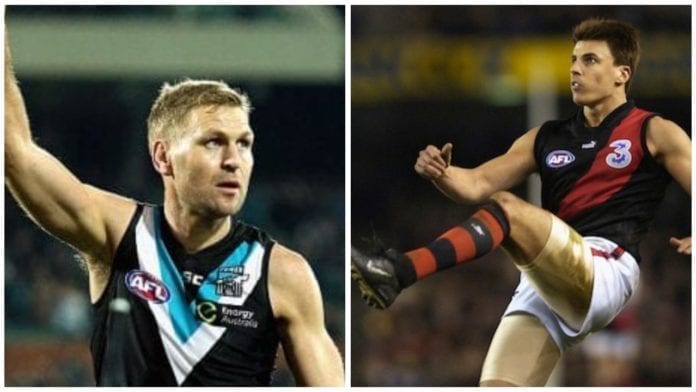 Lloyd has gone with 15 players from the Bombers’ dominating 2000 premiership team, and it’s not hard to see why. The Bombers lost just one game during the course of the year on their way to premiership number 16 in convincing fashion.

Mark ‘Bomber’ Thompson makes an appearance on the team after a stellar career with the Bombers, while stars like Wanganeen, O’Donnell and former Brownlow Medallist (before it was taken off him) Jobe Watson have also made Lloyd’s team.

Cornes, like Lloyd, has opted to go with 15 players from Port’s famous 2004 premiership over the Brisbane Lions. Wanganeen made both Lloyd and Cornes’ team after a brilliant career with stints with both clubs.

Current Power stars Travis Boak, Robbie Gray and Justin Westhoff have snuck into Cornes’ team, while ex-Power now Hawk Chad Wingard is also on the team after an electrifying young career at the Power. Jay Schulz makes a surprising appearance at full forward, but could clunk them and kick a bag on his day with the best of them.

So, which team is better?