Only six teams can win the 2020 premiership, according to Port Adelaide great Kane Cornes.

The 300-gamer surprisingly left out Richmond given the reigning premiers’ host of injuries sustained against Melbourne.

Dion Prestia, Trent Cotchin, Toby Nankervis and Tom Lynch all went down in the clash, while Bachar Houli and Shane Edwards won’t travel with the team to the Queensland hub due to family reasons.

Other notable omissions from Cornes’ list included St Kilda and Geelong despite both clubs sitting inside the top four.

“I think the Bulldogs can win it. I think they have enough talent and personnel to be able to win it, so they’re in.”

“They can still win the flag. They can turn it around. I’m not going to fall off them after a couple of poor weeks.”

“I’ve never had a huge amount of faith in Port Adelaide. I think a finals win would be a significant achievement for them. I’ve got them in the mix, but a lot of things would have to go right for Port Adelaide.”

“Brisbane can definitely win it. They’re my second seed at the moment.”

“West Coast can win it. They needed to turn their season around and I thought they did that on the weekend.”

“My number one if I was doing seedings would be GWS. I think if every team is playing at their best, I’d take the Giants. I don’t think they’ve done that yet, but if it all clicks, I’ve got them at the top of the pecking order.” 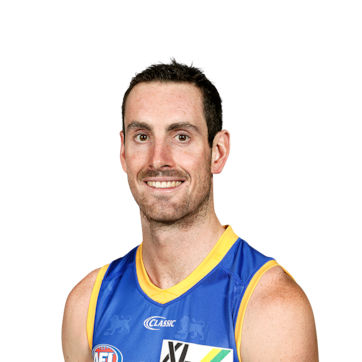