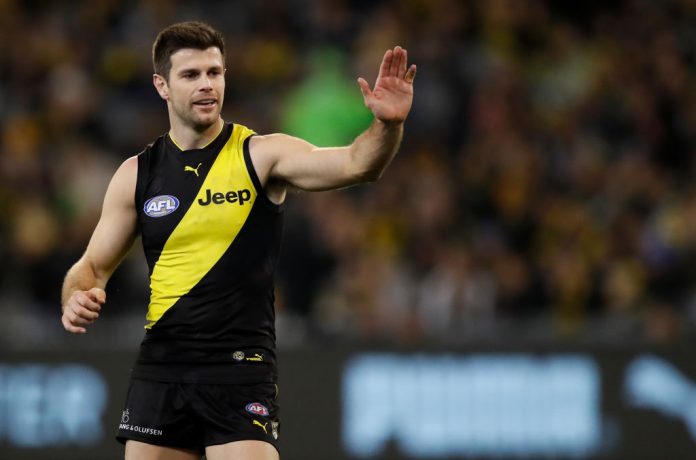 The 28-year old was already signed until 2020, but has inked a new two-year extension to remain at Tigerland until the end of 2022.

“Trent is everything we could ask for as the captain of our football club. His leadership and care for his teammates, as well as the courageous way he plays the game is just exceptional,” football manager Neil Balme told the club website.

“He leads by example with his talent and toughness on-field, and his maturity and authenticity off-field. We’re lucky to have him leading our playing group.”

The club’s drought-breaking captain won the 2012 Brownlow Medal as well as three Jack Dyer Medals during his 217 games in yellow and black.