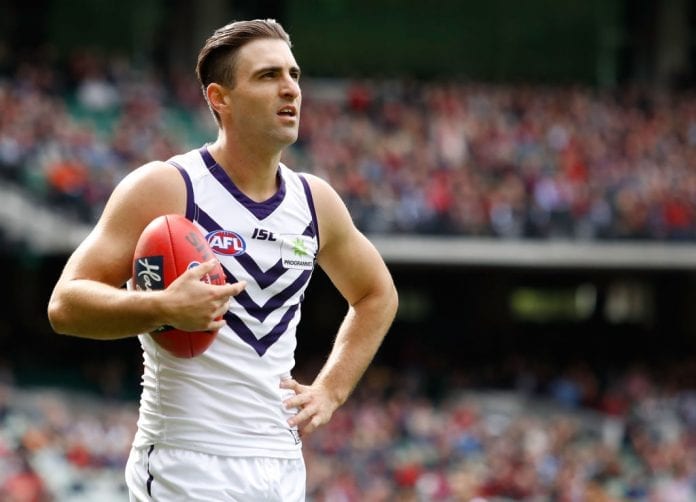 Fremantle forward Shane Kersten has been withdrawn from Fremantle’s 25-man squad for their clash with Richmond at Domain Stadium on Sunday.

Kersten will miss due to a groin injury, and has been replaced in the side by veteran Garrick Ibbotson.

The 24-year-old has played 19 games for the Dockers in his first season with the club, and has kicked 24 goals.

Ibbotson comes in for his first match since round 10, after playing the opening 10 games of the season under Ross Lyon.

Kersten joins Lachie Neale as the confirmed outs for Sunday’s clash, with Harley Bennell set to make his first appearance for the Dockers since making the move west from Gold Coast at the end of the 2015 season.

Fremantle will finalise their 22-man squad at 5pm on Friday night.