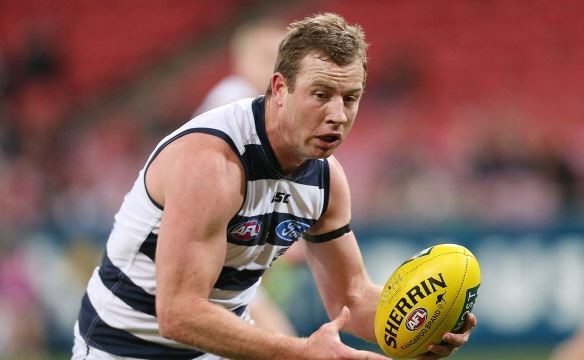 Brisbane is in talks with former Geelong champion Steve Johnson about a possible player/coaching role.

Lions’ director of coaching Leigh Matthews confirmed on Thursday that the club has spoken to Johnson about taking up a playing role, which would then lead into a coaching role position.

“The Brisbane Lions certainly thought it’s a fairly young team so bringing in an experienced captain/coach type player for a year that would then go into a coaching role … is that something valid?” Matthews told 3AW.

“I know the club has spoken to Stevie about that concept but I don’t think there’s even been offers made or anything like that, it’s really sounding out an option that would be worthy of discussion.

“Steve, I would have thought, would have to decide what he wants to do and what his options are.”

Johnson was de-listed by the Cats after 253 games.