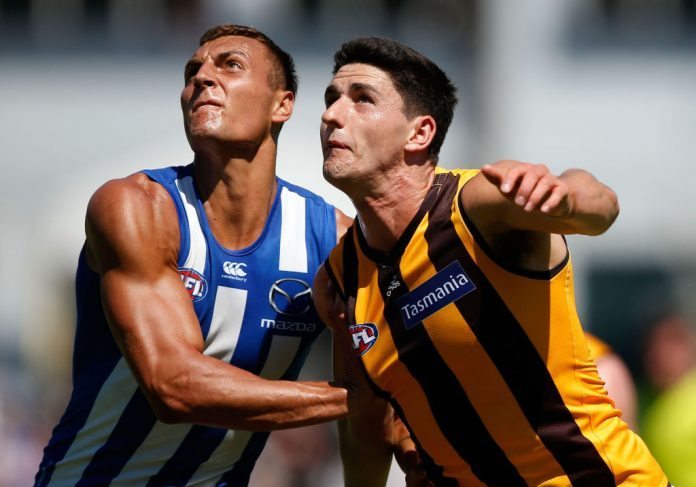 The Saints and Port played their first matches for 2017 and it was an extraordinary game. The Saints blew Port away in the first half and were led by Jack Steven, who amassed 21 disposals in the first half before sitting out the rest of the game. The Saints rested a lot of their players in the second half and the match turned. Luke Dunstan was one of the few Saints player to play most of the match, he looked strong in the middle and picked up 20 disposals, going at 85% disposal efficiency.

Port fought back in the second half and did well to bring it back to a one-point defeat. 2015 draftee Riley Bonner did well in defense, he had 15 disposals, including five rebound 50’s. Travis Boak was their best player on the night.

Richmond’s new recruits all shined in their 19-point win over Adelaide on Friday night. Toby Nankervis was the pick of the bunch with 15 disposals, a goal and 14 hitouts, but both Dion Prestia and Josh Caddy showed what they will bring to the Tigers this season. Speedy forward Dan Butler was impressive with 17 disposals and a goal, the 2014 draftee will be hoping to break into the side this year after injuries interrupted his start to an AFL career.

Eddie Betts shows how it's done with this banana kick! #JLTSeries pic.twitter.com/4J7wctmlOB

Adelaide are still without many of their key players but showed enough to suggest they will still be a good side in 2017. Josh Jenkins booted four, but Rory Laird was their best racking up 33 disposals in 82 per cent game time. Curtly Hampton (16 disposals) and Harrison Wigg (23 disposals) were the pick of the Adelaide players yet to play a regular season game for the club.

The Dees’ new midfield group showed they will be a force this year in their 54-point demolition of Carlton. Christian Petracca was the standout with four goals and 19 disposals from 69 per cent game time. Christian Salem and Jack Viney also had plenty of the footy and kick two goals each. Jake Melksham has firmed for a round one spot with 23 disposals.

How about this for a first kick from Kym Lebois? #JLTSeries pic.twitter.com/sOWF1AHLc4

Bryce Gibbs was clearly the pick of the Carlton players with 29 disposals, but Blues fans will be most impressed with the performance of new recruit Caleb Marchbank. The former GWS defender had 18 disposals, including 10 marks and showed a lot of poise down back. Fellow new recruits Jarrod Picket, Kym Lebois and Billie Smedts showed glimpses but they still have a way to go before making the Blues best 22.

There were plenty of standouts for West Coast in their 55-point thumping of Fremantle on Saturday. Mark LeCras was best on ground with three goals, 13 marks and 22 disposals. The Sam Mitchell-Matt Priddis clearance combination looked ominous as the new recruit notched up 28 disposals, the most of any player on the ground. The Eagles lineup with close to full strength so it’s no wonder they dominated the match.

New captain Nat Fyfe was the standout for the Dockers, it was all about his comeback. Fyfe racked up 22 disposals and looked fit, running out the match pretty well. Darcy Tucker was the pick of the youngsters with 10 disposals, Shane Kersten kicked a goal in his first match for the club.

It was a pretty good game between these sides and both teams have a lot to take from the contest. For North Braydon Preuss was the story of the day, the junior rugby league player had 27 hitouts in the ruck and booted three goals. 2015 draftee Mitchell Hibberd had 25 disposals and looks a certainty to debut in round one. Pick 12 in the 2016 draft Jy Simpkin also showed glimpses.

14 disposals in just over a quarter and now this! Jaeger O'Meara is tearing it up 🔥 #JLTSeries pic.twitter.com/eqjOcjushW

The Hawks new recruits were all amongst their best players. Tyrone Vickery booted two and had 17 disposals, Tom Mitchell had 26 disposals and Jarger O’Meara was their best on ground with 22 disposals and a goal as he increased his game time. 20-year-old Kade Stewart was the best of the Hawks young brigade, gathering 13 disposals and kicking two goals.

Gold Coast made hard work of it but managed to overcome a resolute Essendon side on Sunday. Draftees Will Brodie and Ben Ainsworth were the standouts for the Suns. Brodie had 18 disposals and booted two goals in his second appearance for the club. After being quiet last week, Ainsworth picked up 13 disposals and kicked two goals. Michael Barlow showed he won’t struggle to find the footy this season, he racked up 31 disposals.

AN ABSOLUTE MIRACLE! How James Stewart managed to get that through is beyond belief. #JLTSeries pic.twitter.com/gOjykH8NGi

The Bombers went into the match with a young side and they should be buoyed by the performance of some of those youngsters. Josh Begley was the standout with four goals, the 31st pick in the 2016 draft looked excellent in his first game for the Bombers. Darcy Parish showed a different side to his game, providing plenty of dash on the outside. Jayden Laverde was another strong performer Essendon youngster, he kicked three goals and picked up 15 disposals.