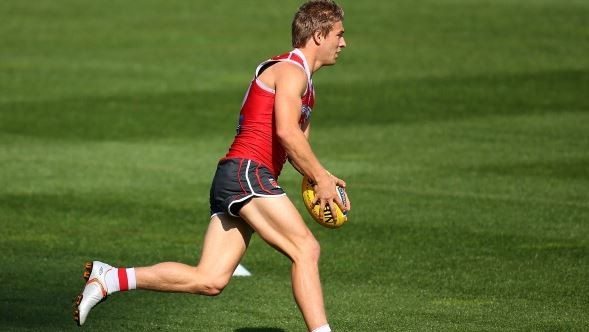 Swans’ star Kieren Jack has revealed just how close he came to returning from injury for this week’s do or die clash with North Melbourne.

Jack said he was close to being able to play, bu that ultimately the risk of re-injuring his knee was too high.

“There is still some soreness there. I don’t want to come into the team and compromise getting injured again early,” he told the Swans’ website.

“It’s a real tricky one. I could potentially play but the risk is too big of re-injurying it. I’d be filthy if I cost the team.”

“There is too much on the line if it went pear-shaped early.

“Unless you are really sure you can come through, it’s not worth it.

“It was touch and go. In the end, common sense prevailed.

“It’s frustrating because you are so close, you’re just that little bit off performing at that level that warrants your place in the team.”