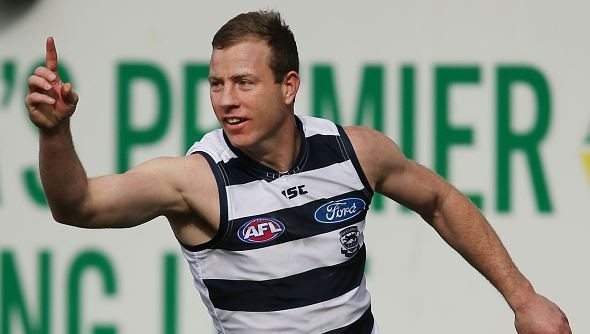 Former Geelong star Steve Johnson is open to playing on at another club next year, after recently being told he was no longer required by the Cats.

Johnson, who played 253 games with Geelong, winning three premierships and one Norm Smith Medal, said he was very disappointed about being cut by the Cats, but he understood the club’s stance.

He is also adamant that he has more to offer as a footballer, saying that “there may be a bit of interest” from other clubs.

“I still feel like I have got a bit left in the tank.

“If the right scenario came, where a club thought I could fit in well to their system, I would certainly consider that.

“But until those opportunities arise and they are put in front of me, I guess I won’t know.

“I really do need the emotion to be taken out of what has been a pretty big 10 days and I will be in a clearer frame of mind to go on and see what is ahead.”