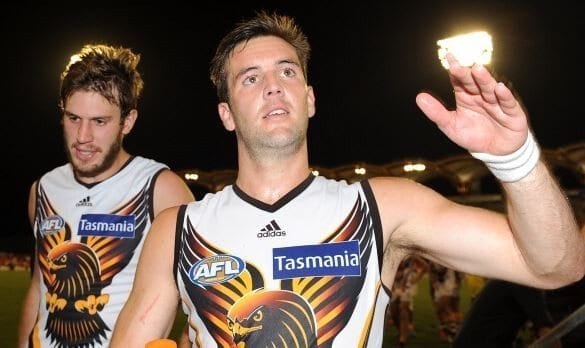 The trade period is in full swing and it’s time for clubs at the top of the ladder to beef up their depth and for those closer to the other end to find the missing pieces to their puzzle.

Already one week has passed of this year’s trade period and we have seen plenty of movement.

Each trade will be graded on how well the move fills a hole in a team’s list, or adds to that team's depth in a particular area of the park.

MATT SUCKLING TO WESTERN BULLDOGS: B

Hawthorn had a decision to make this off-season – Ryan Schoenmakers or Matt Suckling. They chose the former, and the latter took his talents to the Western Bulldogs.

While Suckling is a fantastic player who will add to the danger of the youthful Bulldogs' team, one would’ve thought prioritising a move for a key back, such as Jake Carlisle, may have been the right way to go.

PATRICK DANGERFIELD TO GEELONG: A+

The Geelong Cats had one mission this off-season and that was to sign Patrick Dangerfield, and they did it.

Dangerfield is one of the best midfielders in the competition, who will go a long way to putting Geelong back into contention for a premiership in the coming years.

SCOTT SELWOOD TO GEELONG: A

Geelong came flying out of the blocks in trade period this year, also managing to secure Scott Selwood, brother of club captain Joel, from the West Coast Eagles.

Selwood is a strong inside mid, similar to his brother, who will jump straight into the Cats’ engine room. It’s clear they’re intent on winning another flag as soon as possible.

JACK REDDEN TO WEST COAST: A

Redden will replace Selwood’s with his strong ability to win his own ball. The Eagles may have lost their vice-captain, but they have done as good a job as possible replacing him.

LACHIE HENDERSON TO GEELONG: B

Lachie Henderson was the first to formally signal his intent to move elsewhere next season, with Geelong his preferred destination.

He could take pressure off Tom Hawkins up forward or become an important part of Geelong's aging backline, which will be the more likely position for the 25-year-old.

HARLEY BENNELL TO FREMANTLE: B

Adding a player of Harley Bennell’s quality to any team is a great move. Adding him to Fremantle and you have an A+ move.

So why does this move only receive a B? Bennell’s questionable attitude. Hopefully the Dockers can help pull him into line, but the move has potential to go awry.

LEWIS JETTA TO WEST COAST: A+

Ever since their thumping Grand Final defeat to Hawthorn, the West Coast Eagles have been under pressure to add quality players to their team for next year. Lewis Jetta is just that.

The speedster will add plenty of run to West Coast's midfield, something you can never get enough of.

CALLUM SINCLAR TO SYDNEY: B-

The Sydney Swans have been searching for a ruck all year long, and while their stopgap solutions have been alright, they have not been good enough for a team aspiring for a premiership.

Callum Sinclair is a young, talented ruck who fills an important role at the Swans with the retirement of Mike Pyke, but is he ready to be a No. 1 ruckman just yet?

Jake Melksham is a solid footballer and a former No. 10 draft pick, best used in the midfield and around half-forward to set up goals with his long kicking.

Is he a good addition to Melbournes’ list? Yes. Good enough for $400,000 a year? No. Could Melbourne have aspired to more? Absolutely.

MATTHEW LEUENBERGER TO ESSENDON: B

Perhaps surprisingly, experienced ruckman Matthew Leuenberger chose Essendon over Sydney and the Dons are far better off for it.

Ruck was a position that the Bombers lacked in last year. He will solve some of these problems at the bounce, but Essendon need to do more this off-season.