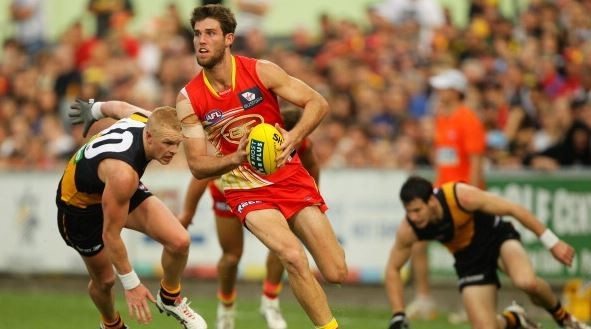 Hall, who was raised in Townsville, grew up playing rugby league, before becoming a national high jump champion.

The now 25-year-old was on the verge of Olympic qualification, before deciding to make the transition to AFL in 2011.

He was selected by the Suns with pick No. 94 in the 2012 Rookie Draft and was elevated to the senior list last year.

He played seven games and kicked three goals for the Suns over a three year stint with the club, as he tried to make his mark in the side as a tall forward.

Panthers Executive General Manager Phil Gould said that Hall can have a great future in the NRL.

“From the first time I met Josh I was impressed with his personality and enthusiasm,” Mr Gould said.

“He possesses great athletic ability and if desire counts for anything, he has a bright future ahead of him.”