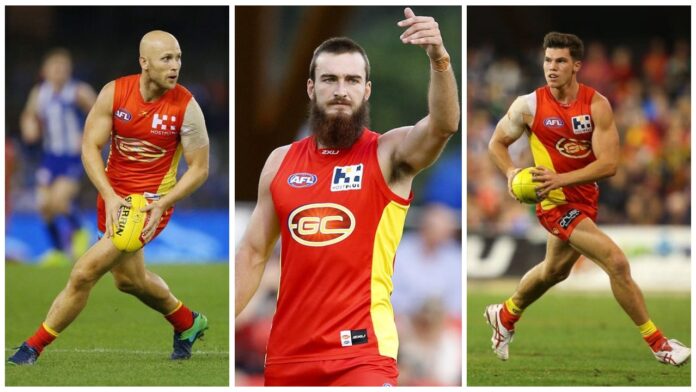 The Gold Coast Suns have named their 'Team of the First Decade' ahead of QClash20 this weekend.

To little surprise, Gary Ablett junior was named as captain of the side, with David Swallow selected as his deputy.

Quartet Michael Rischitelli, Harley Bennell, Brandon Matera and Kade Kolodjashnij were the only former AFL players selected in the side.

Selection criteria for the team was set for players who have played at least 30 games for the Suns or have finished top three in the club's Best and Fairest count.

In the same week as the club's first Team of the Decade, former Suns midfielder Michael Barlow named a satirical 21-man team named the 'GC Sunsets', featuring players that ventured to Gold Coast and may have spent some time in the reserves.

Here’s some fellow 2nd club Suns alumni that would have some fond memories of 2nd tier Footy in Red. pic.twitter.com/UaRbs2uJZn