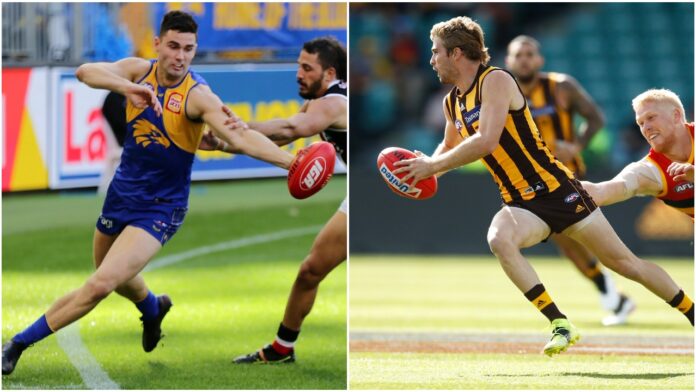 Greater Western Sydney are reportedly looking into the delisted free agency pool to add to their list this off-season.

All 18 clubs have already made list cuts ahead of the new year, with the Giants having parted ways with Matt Buntine, Sam Reid, Tom Hutchesson and Nick Shipley.

The New South Wales club are also yet to bring in any new names after a quiet exchange window, with spearhead Jeremy Finalyson's move to Port Adelaide the only player trade that involved the Giants.

Greater Western Sydney could look toward bolstering their small forward stocks this off-season following the shock request from Bobby Hill to depart the club in hope of a move to Victoria.

SEE ALSO: The 14 players worthy of a second chance in the AFL

Hill will remain in the Harbour City for the final year of his contract after being unable to gain a trade to Essendon, his preferred landing spot.

According to The Age's Peter Ryan, the Giants are looking to re-shape their squad for the 2022 season, with a spot on their list understood to be open for an experienced player that is without a home for next year.

The Giants are likely to wait until after the National Draft however, with the Rookie Draft on November 26 a likely opening for Leon Cameron and Jason McCartney to potentially add to their roster.

Cousins' teammate Oliver Hanrahan is reportedly of interest to the Giants, with the axed Hawks forward also believed to have previously been on the radar of the Cats and Suns.

Geelong are set to recruit former Adelaide and Richmond forward Tyson Stengle following his impressive season with SANFL side Woodville-West Torrens, while Gold Coast are understood to be looking to throw former Blue forward Levi Casboult a lifeline.

According to Ryan's report, the Giants won't look toward big-bodied midfielders with their list vacancy, with the likes of Charlie Constable, Aaron vandenBerg and Brayden Sier all looking for new homes.

The Giants announced on Thursday that veteran defender Phil Davis has signed a one-year contract extension with the club.