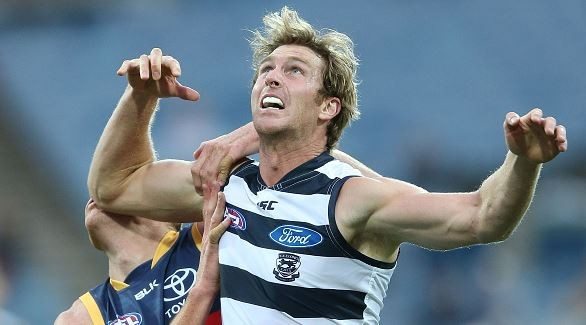 Geelong has lost its second player of the trade period, with ruckman Dawson Simpson joining the GWS Giants.

The Herald Sun’s Scott Gullan broke the new on Wednesday morning, with Simpson joining the Giants as the No. 2 ruckman behind Shane Mumford.

Simpson is an unrestricted free agent, so the Giants do not have to give up anything to sign the 206cm ruckman.

Simpson has played 28 games with the Cats after struggling with injury for much of his career, after he was drafted with pick No. 34 in the 2007 National Draft.