The Lions have come from outside the eight in 2018 to currently sit fifth on the ladder at the halfway point of the season with seven wins and four losses.

And Lyon has compared Chris Fagan’s side to two recent premiers that were in similar positions to validate their potential.

“Why not Brisbane for the flag?” Lyon posed on SEN Breakfast.

“It’s the halfway mark. They’re seven wins and four losses. They took on a Hawthorn team that kicked five goals in the first quarter to nothing. Alastair Clarkson gets five goals up, he very rarely loses.

“Richmond when they won their flag were 7-4 and I don’t think many were saying Richmond would win the premiership.

“The Western Bulldogs were 8-3 at the halfway point and I don’t think many were calling them for the premiership either.

Former Essendon skipper Tim Watson disagreed with his co-host, stating that the comparisons to Richmond are invalid.

“In the year that Richmond won the flag, Dustin Martin played on of the great individual seasons that anyone’s ever played, they had Jack Riewoldt up forward, they had Trent Cotchin in the midfield and they had the best defender in the game in Alex Rance,” Watson.

Lyon went on to praise Lachie Neale and Harris Andrews, likening the latter to five-time All Australian defender Alex Rance.

“Let me give you these then. Lachie Neale is having one of the great midfield seasons. Harris Andrews is doing his best Alex Rance impersonation,” he said.

“The forward line is where you get me a little. I just need Eric Hipwood to jump out and start dominating.

“This is a talented team in the top four. They’re not going to get beaten in Queensland too often, they’ve failed once for the year in a big test against Collingwood, I just love what’s happening. Sillier things have happened.

“Forewarned is forearmed that this side is a lot better than you think they are.” 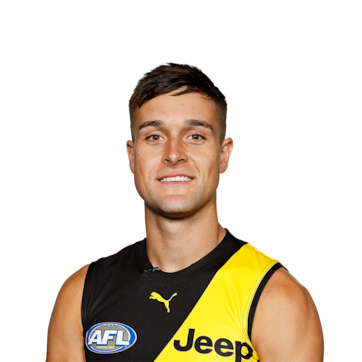