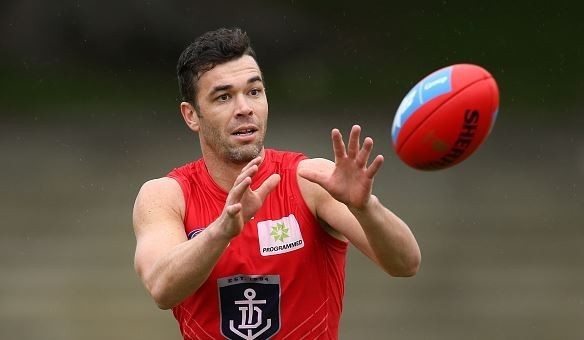 Fremantle tagger Ryan Crowley has been de-listed by the Dockers.

Crowley was an integral part of Fremantle’s success of the past few seasons, before the 31-year-old was suspended for 12 months by the AFL Anit-Doping Tribunal after testing positive to a banned substance in July 2014.

He became available for selection for this year’s preliminary final, however, was not selected in the side.

However, the club has committed to re-drafting Josh Deluca in the AFL Rookie Draft.