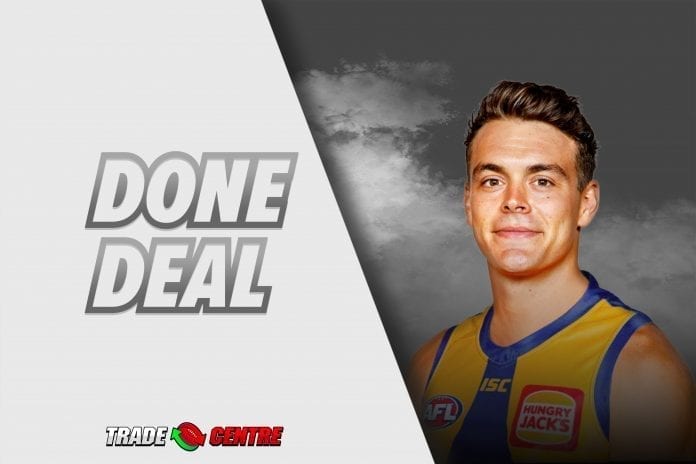 GWS Giants forward Zac Langdon has been traded to the West Coast Eagles.

The exchange will see Pick 54 move to the Giants in the opening deal of the AFL trade period.

Langdon has played 31 AFL games for the Giants and booted 23 goals after making his debut in 2018.

“We are very pleased to secure Zac after he signalled his desire to return home to Western Australia,” West Coast list manager Darren Glass told the club website.

“Our club tracked Zac closely before he was drafted in 2017 and he has shown he can apply excellent forward pressure and hit the scoreboard at AFL level.

“He is also an elite runner and we feel he will add skill and speed to our attacking mix. We are confident that Zac’s best footy is still ahead of him.

“We look forward to welcoming Zac and his fiancée, Eli, to the club and he will commence pre-season training with our first-to-fourth-year players in December.”