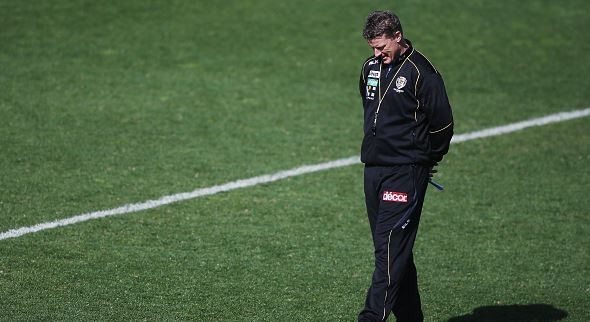 After a third straight week one finals exit, questions must be asked as to whether Richmond coach Damien Hardwick is the right man to guide the Tigers back to the pinnacle of AFL football.

In 2013, Richmond qualified for the finals for the first time since 2001 and finally things were looking up for the Tiger army and Damien Hardwick was looking like a coach who could finally deliver after years of heartbreak for Richmond supporters.

However, two years on and the Tigers have been booted out of the finals in the first week for three consecutive years, despite finishing fifth, eighth and fifth the past three seasons.

After beating the likes of Hawthorn, Fremantle and Sydney during the home and away season, the Tigers simply must do better come finals time and perhaps Hardwick is not good enough to coach the Tigers deep into September.

Hardwick has had six years to build a list ready to contend for a premiership. He has added several top up players through trade and free agency, such as Taylor Hunt, Chris Knights and Troy Chaplin. However, in actual fact he has made few inroads.

He has one more year to run on his contract and failure push on at least past the elimination final next year would surely spell the end of his tenure at Richmond.

Despite the optimism around the Tigers, Hardwick’s coaching record leaves a lot to  be desired.

From 135 games as coach, he has a winning percentage of 48.9%, which is only better than three other current coaches (Leon Cameron, Justin Leppitsch and Alan Richardson). He has coaches three finals matches, for three losses, with an averaging losing margin of 31 points.

Hardwick has coached the fifth most games of any current senior coach in the AFL. This stat is hugely surprising given Richmond’s lack of recent success. One would think that after coaching 135 games with little to show for it, the board may have lost patience.

Of the four coaches who have coached more games than Hardwick (Ross Lyon, Paul Roos, Alastair Clarkson and Rodney Eade), two have won premierships and the other two have featured in countless finals campaigns. His record is simply not good enough and should be heavily scrutinized.

It is by no means all Hardwick’s fault, as his players must take responsibility for being unable to fire when it counts in finals football. perhaps the list also just good enough. However, at the end of the day, the buck stops with the coach and whether it is right or not, many coaches have been given far fewer chances than Hardwick.

Questions may even be asked about Hardwick’s future this off-season, but he is safe for the final year of his contract. However, if next year does not see a vast improvement in his team’s final performances, then Hardwick could be looking for a new job this time next year.