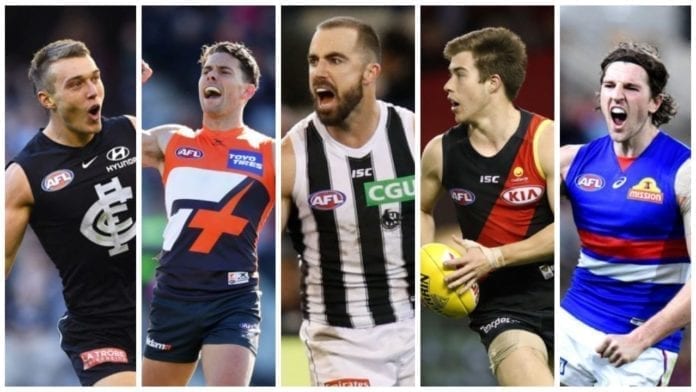 A decade ago, the AFL followed the lead of the American sporting codes by introducing a free agency program.

The policy has led to the biggest shift in the employee/employer relations since the induction of the eight-hour working day and the biggest in the code since the short-lived ten-year rule of the Seventies.

The past shackles of clearances, poor salaries and a powerless playing class were cast off, with million dollar deals over multiple years becoming the new norm.

No sooner had this new age been established did the term ‘pre-agency’ become a side-effect and a part of the footballing vernacular.

The tag of pre-agent relates to those that are still on contract with their current clubs, but come the agreements conclusion, they will have served a tenure long enough to be granted either restricted or unrestricted free agency status.

Recently, clubs have begun shopping these players prior to their contracts completion in an effort to avoid leaving future negotiations empty handed. Players have also been known to openly flirt with other teams as a means of securing an extension from their current cheque cutters.

With the conclusion of the 2020 season imminent and the trade period around the following corner, we’ve compiled a list of the players that will enter free agency this time next year.

Below are all 18 club's most interesting 'pre-agent', with some added speculation about what their futures may hold.

At the completion of next season, rebounding defender Rory Laird will have given the Crows 10 years of service.

Following a 2020 season that can only be described as the lowest point in the club’s thirty-year history, it would come as a surprise to none if the South Australian native were to exercise his restricted free agency rights.

In his time at West Lakes, the 26-year-old has played 160 games, won the 2018 Best and Fairest and been named an All-Australian twice.

With such a resume, there are certain to be more than a handful of clubs contacting his management.

Laird has been mooted to move by pundits this off season, with Gary Buckenara stating in the Herald Sun that should clubs come knocking this trade period, the Crows should enter negotiations with an open mind.

“Rory Laird’s name gets throw up a lot and he’d have significant value now,” he said.

“He’s a great player and best and fairest winner off half-back but he’s now an elite midfielder so not sure they would want to part ways with Laird.

“But if someone (made) a significant offer for him, you’d certainly look at it.”

Any club looking to immediately inject pace onto their list should already have Laird’s name on their shopping list.

The majority of that quintet will attract attention from suitors, but with an already green playing list, the Crows will be desperate not to avoid haemorrhaging seasoned talent like a few years ago.