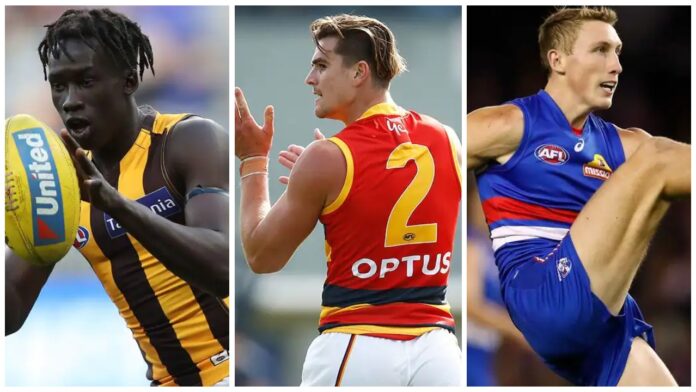 We are now 16 Round into a 2021 season that has produced plenty of surprises and upsets.

Whilst several teams have shot their way up the ladder, we want to look at the players who have been driving this success.

Now that we have a big enough body of work, it's time to laud the performances of the players who have been each club's biggest improvers.

There have been many great improvers for the Crows after a disappointing 2020 saw them earn the wooden spoon.

It's hard to go past Taylor Walker's remarkable turnaround, with the 31-year-old sitting second on the Coleman and breathing new life into his career.

SEE ALSO: The 10 best AFL teams to never win a premiership since 2000

However, some love has to be given to the under appreciated Ben Keays who has quietly become one of the leagues most reliable midfielders.

After averaging 14.2 disposals over his first five seasons in the league, the 24-year-old Keays has exploded in 2021 to average 28.7 per game, ranking 9th for most touches in the AFL this season.

The former Lion has also played in every game for the Crows, doubling his tackle, clearance and inside-50 numbers.