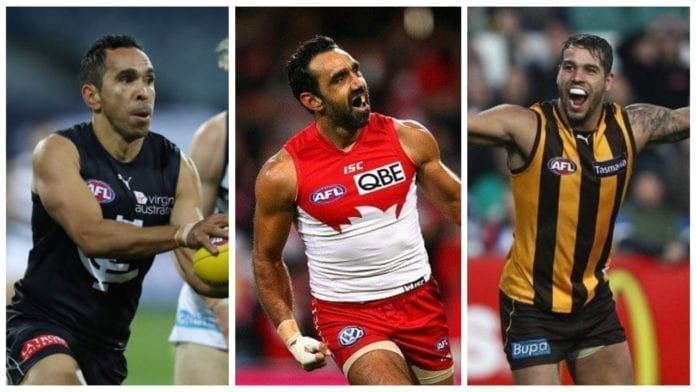 With a seemingly innate ability to measure flair, skill and intuition, players of Aboriginal and Torres Strait Island heritage have had turnstiles ticking for decades.

High marks, flying runs and mercurial goals are what makes our game special and none are better performers and proponents than the descendants of the first Australians.

The role that Indigenous Australians have played in not only shaping Australian Rules Football, but also consistently looking to extend its boundaries cannot be stated emphatically enough.

This weekend, the AFL community will come together for Sir Doug Nicholls round. A chance for Australians of every creed, colour or denomination to pay respect to the games indigenous culture and champions.

Zero Hanger thought this would be the perfect opportunity to decide who every club's best Indigenous player is since the turn of the century.

The Darwin natives career included two premierships, two Norm Smith medals, three best and fairests, one league MVP, five All Australian selections and a place in the Hall of Fame.

With this kind resume, ‘Bunji’ can lay claim to being one of the game’s all-time greats

#OnThisDay - May 5, 1995: Andrew McLeod made his AFL debut in an eight-point win over Melbourne. Only had four touches that day... but certainly went on to bigger and better things! 🤩🤩 #weflyasone pic.twitter.com/GY0WzCjAk2