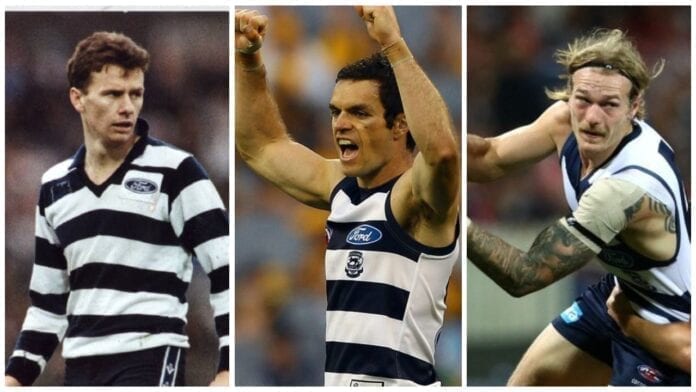 The men at the back are not only integral in keeping opposition scores down, they also provide the first line of attack.

In the AFL era, 1990 until the present day, plenty of players have called the defensive fifty home. Many of this aforementioned group have also retired champions of the game, or at least look set to.

With the off-season slowly creeping to a close, we here at Zero Hanger have attempted to create a list of every club’s best three defenders that never played together.

However, there are four rules to this exercise.

For example, should Glenn Archer be selected for North Melbourne, then all of his backline buddies between 1992 and 2007 become ineligible.

With that in mind, here is our best stab.

I can hear the Gen Z readers howling already – Danny who?

Hughes may not have produced a power of work in a Crows jumper, but his resume as a SANFL star and then again at Melbourne is enough to earn himself selection here.

Hughes played a combined 261 senior games before coming home to South Australia, including a B&F at Melbourne in 1985, All-Australian selection in 1988 and seven State of Origin jumpers for the Croweaters.

No Adelaide ‘best of’ team would be complete without the legend they call ‘Bunji’.

Over the course of the McLeod’s 16 seasons as a Crow, he won two flags, two Norm Smiths, three best and fairests, five All-Australian selections, a league MVP and was named on the half-back flank of Adelaide’s team of the century.

With that in mind, it is impossible to leave him out.

With two All-Australian blazers, a club champion medal, the 2012 Rising Star award and the ability to slice the game’s best forwards to ribbons, it’s not hard to see why.

Season over for Tigers defender