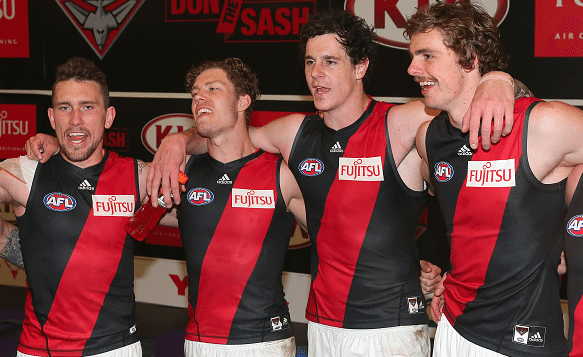 Melbourne has reportedly offered Essendon’s Jake Melksham a four-year deal worth $400,000 a year.

Sam McCulre broke the news on Thursday, saying the deal is as good as done.

McClure said that the deal may add further speculation to the future of Melbourne’s Jeremy Howe.

“Howe’s been waiting for a contract offer from the Demons for 10 days,” McClure said on Sports Today.

“It’s fair to say he’s relatively miffed with Melksham getting the same amount of money he has asked for.

“He’s not feeling the love at Melbourne.”

Melksham has averaged just 16 disposals in 114 games with the Bombers.