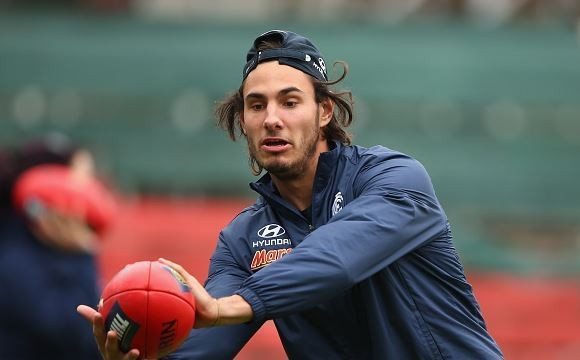 Carlton’s Troy Menzel is now a Crow after the Blues traded the 21-year-old to Adelaide in exchange for pick No. 28 and Sam Kerridge.

Menzel kicked 47 goals in 40 games with the Blues after being selected with pick No. 11 in the 2012 National Draft.

Sam Kerridge has played 27 games for Adelaide after making his debut in 2012.