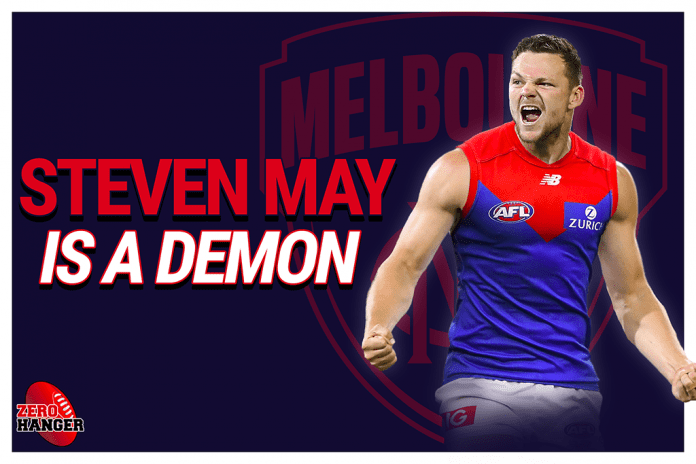 The Demons have sent pick 6 to the Suns, after receiving that pick from the Dockers for Jesse Hogan.

Gold Coast Suns trade Steven May and Kade Kolodjashnij to Melbourne for Rd 1 (6) (on traded from Fremantle).

“We are really pleased that Steven chose to join us during this trade period, after multiple clubs meet and presented to him,” General Manager of football operations Josh Mahoney told Melbourne Media.

“Steven is an experienced defender, who brings speed and aggression, and he plays with a ruthless nature that we like.

“He is a competitor, and his versatility means he can play on the talls as well as the medium-sized forwards.”