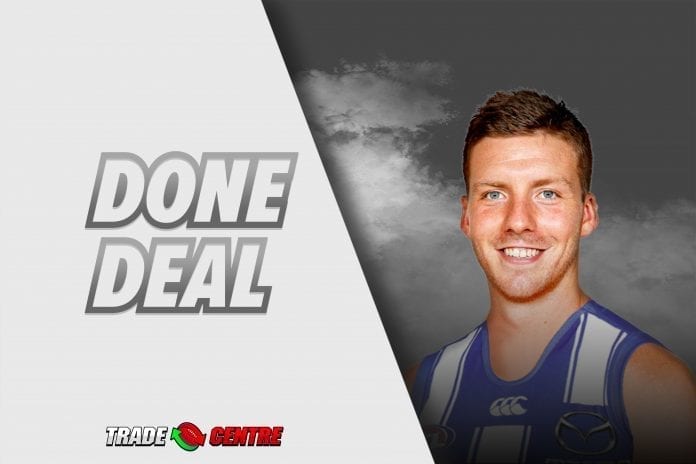 The 26-year old joins the Kangaroos as a restricted free agent on a five-year deal, with the Giants opting not to match the offer.

GWS will receive a second-round pick as compensation – currently the No. 30 selection overall.

“We’re really excited to have Aidan at the club next season and beyond,” Rawlings told the club website.

“He’s a reliable and flexible player capable of playing on small and tall forwards, which will add great depth to our back line.

“Aidan is also highly skilled player and we see a lot of potential and growth in him. He’s eager to get stuck into it at Arden St and we can’t wait to introduce him formally to the players and wider club.”

Corr has played 98 games over eight seasons at the Giants after making his debut in 2013.

The GWS GIANTS Football Club have elected not to match the offer and Aidan Corr is now able to join North Melbourne immediately. GWS to receive a Second Round compensation selection, currently selection 30.