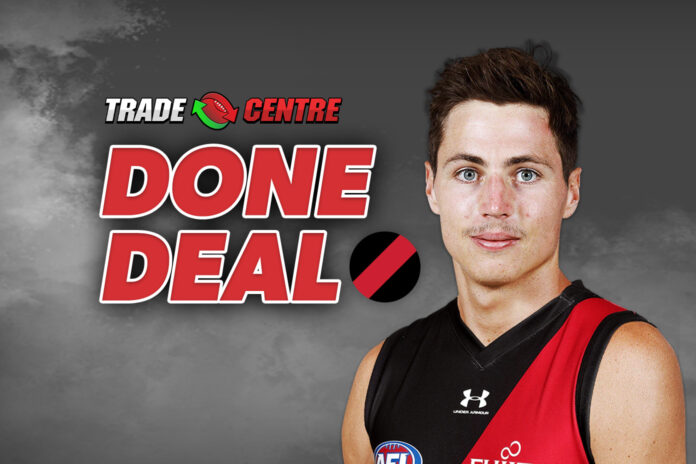 Adelaide defender Jake Kelly has exercised his free agency rights and will join Essendon this off-season.

An unrestricted free agent, Kelly nominated the Bombers as his preferred destination after ending his contract at West Lakes in 2021.

The 26-year-old played 110 games for the Crows after being recruited via the 2014 Rookie Draft, and will now return to his home state of Victoria.

Welcome to the Dons, Jake.

Kelly will now join Essendon on a three-year contract and will aid the Bombers' impressive defensive structure.

The departing Adelaide backman played a formidable role in Matthew Nicks' defence this season across 20 appearances as a versatile defender.

Kelly will venture to Tullamarine in the same week the Bombers announced the appointment of Tigers champion Alex Rance in a part-time development role for 2022.

The AFL are yet to confirm if Adelaide will be granted compensation, which will depend on the details surrounding Kelly's deal with Essendon.