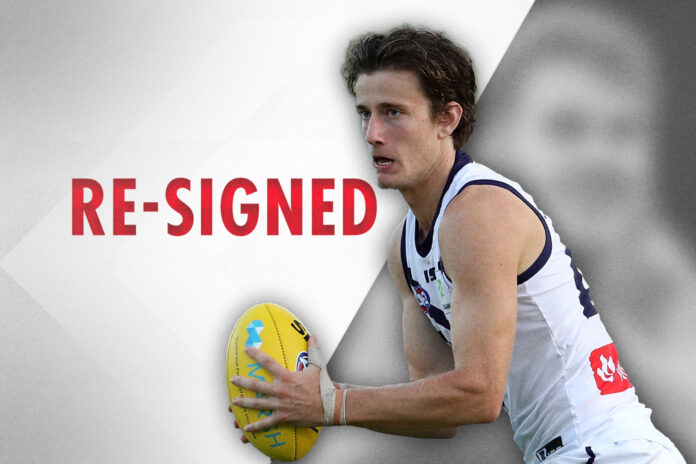 Fremantle forward Sam Sturt has earned a contract extension until the end of the 2023 season.

Sturt has not been selected in Dockers' flying side this season, however, he has consistently performed in the WAFL with Peel Thunder. It has given the Fremantle talent management confidence in the future of his game and his ability to secure a win.

He has only played four games at the AFL level, but some of his WAFL games have been exceptional. He kicked four goals against East Perth and three against West Coast, West Perth and South Fremantle. Sturt has a lot of potential and as he moves his state league game into the national league, he will have a bright future ahead.

Sturt has confidence in his game and it will likely build as he gets more games under his belt. He is trusting the process and believes in the Dockers and their ability to develop his game sense.

“I love chatting to Justin, there’s always positive messaging when going into his office,” Sturt said in a club announcement.

“He wants me to work on my intensity, breaking and my aerial contest. It’s being consistent with everything that I’m doing down at Peel.”

He is looking for a full pre-season to help work on his game and be knocking on the door of the competitive Docker side.

Head of player personnel David Walls is excited about the forward's potential.

“Sam came in as a first round selection. He won a Rising Star nomination after his three goals on debut against Essendon but has been interrupted with pretty significant injuries,” Walls said.

“He’s got his body right but has been a bit inconsistent. In the second half of this year he’s really addressed what JL requires of him.

“On Sunday, he played his best half for the year against Swan Districts where he kicked four goals.

“He was looking sharp with strong hands on the lead and his recovery to get back on the ball.

“Next year will be a big year for him. We’ve got high hopes for Sam.”

The forward has a bright future ahead of him and if he can make the most of his opportunities he will be a positive impact on the Fremantle side.