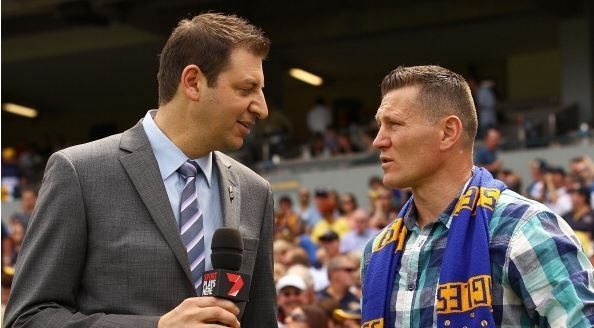 Channel Seven AFL commentator Basil Zempilas has caused a bit of a stir with his call of the 100m backstroke final at the swimming world championships in Russia.

In the excitement of the moment, Zempilas said “move over Missy, the c-bomb has dropped!”

Zempilas was clearly intending to create a play on words using the surname ‘Seebohm,’ but Andrew Gaze from SEN radio said “I personally don’t think it is appropriate,” while Tim Watson said “I don’t think it’s his finest bit of work and I’m a big fan of him.”

Was Basil’s comment absolutely fine, or should he be more careful to ensure people do not misconstrue what he says?