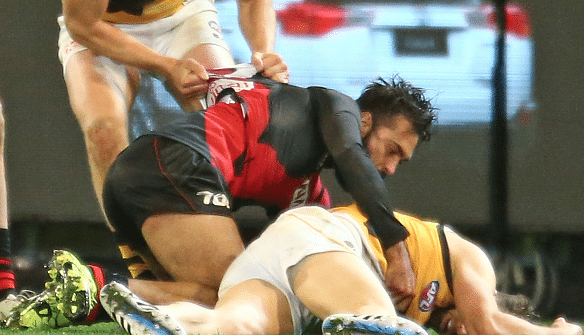 Essendon’s Courtenay Dempsey may have played his last game for the Bombers, after being handed a four match ban by the AFL tribunal.

Dempsey was referred directly to the tribunal after he was charged with rough conduct on Brett Deledio for a dangerous tackle on Saturday night.

Dempsey’s legal team tried to downgrade the charge from ‘severe’ impact to ‘high’ impact. But the jury decided to stick with a ‘severe’ impact grading, resulting in a four match suspension.