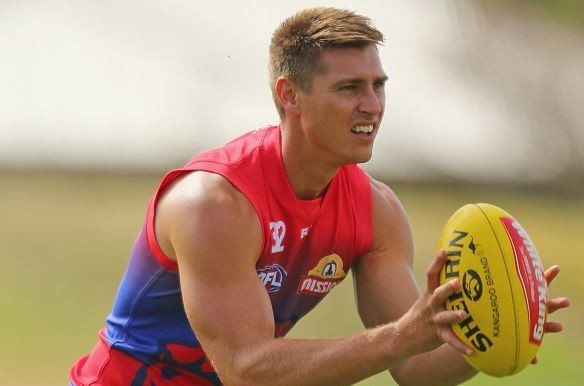 Bulldogs defender Michael Talia will not be at the club next year, according to his manager Liam Pickering.

Pickering said Talia had no option but to leave the club after being “left hanging” during the AFL investigation into claims the Dogs’ game plan was leaked.

It is alleged that Talia, who did not play in the Crows’ seven point win over the Western Bulldogs in the elimination final, passed on information about the game plan which found its way to Adelaide defender Kyle Cheney. Cheney then informed a former Hawks teammate, who is believed to have told Bulldog coach Luke Beveridge.

“He’s left him a number of messages and hasn’t heard back. I think he’s spoken to a heap of Hawthorn blokes.

“They’re brothers, they have discussions every second night. He went in thinking he was going to see the coach and he still hasn’t seen him. He hasn’t spoken to Michael. ”

“He’s (Michael) not going to be there (Western Bulldogs) next year, it’s as simple as that.

“Daniel’s been cleared by his club, there’s no issues from that end. The one that’s been left hanging is Michael, which is really disappointing.

“There’s been hysteria around it and you get words like treason and treachery from journalists is absolutely disgraceful,” he said.

“The boys obviously can’t speak at the moment because there’s an AFL investigation, as much as they’d like to. They’re extremely angry, hurt and upset by what’s gone on.”