Geelong livewire Nakia Cockatoo is doing everything he can to put his hand up for selection ahead of their preliminary final against Adelaide this Friday night.

Cockatoo has impressed Geelong’s coaching staff in recent weeks in a bid to prove his fitness after succumbing to a number of hamstring injuries throughout 2017 however it remains to be seen whether or not Geelong will take a punt on a guy who hasn’t played a full game since round 11.

Cockatoo played just 15 minutes in round 13 against West Coast and 65 minutes again Carlton in round 19 and would remain a big risk to take into a grand final qualifier.

Following Geelong’s qualifying final, coach Chris Scott said the Cats would need to consider whether Cockatoo would suffer from any long-term effects before pondering Cockatoo’s return.

The 20-year-old has established himself in Geelong’s best 22 when fit although Scott and his side will be vary of making too many changes to its side with veteran Tom Lonergan expected to return after being a late withdrawal last weekend. 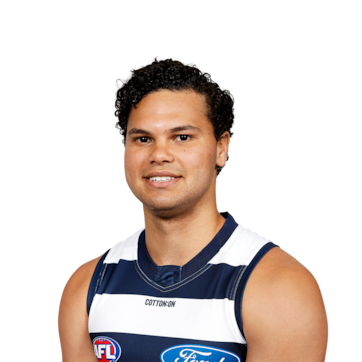