For those that might find the Supercoach scoring system a little too confusing, Fantasy Games is much easier to understand. Points are distributed for possessions, tackles, goals & hitouts. So it’s simple to follow and easy to win!

If you consider yourself an AFL Fantasy specialist, then win money playing AFL Fantasy every day!

We have analysed the fixtures and listed our picks for the guaranteed Sunday tournament that can help you score big.

Has been tearing it up in his return from injury.  Wells has averaged 105 Fantasy Games Pts in his first two matches.  There’s no reason he won’t continue that form against Melbourne this Sunday.  Great value for money and has dual position availability in either the forwards or in midfield.

Kennedy was one of Melbourne’s best players (again) against Essendon last Saturday.  He’s been most impressive in his first two games for Melbourne.  With the subs vest gone, Kennedy is finally relishing a full game at the top level.  Has averaged 93 pts in his first two outings.  With Kennedy up forward, you can load up elsewhere with your big guns. 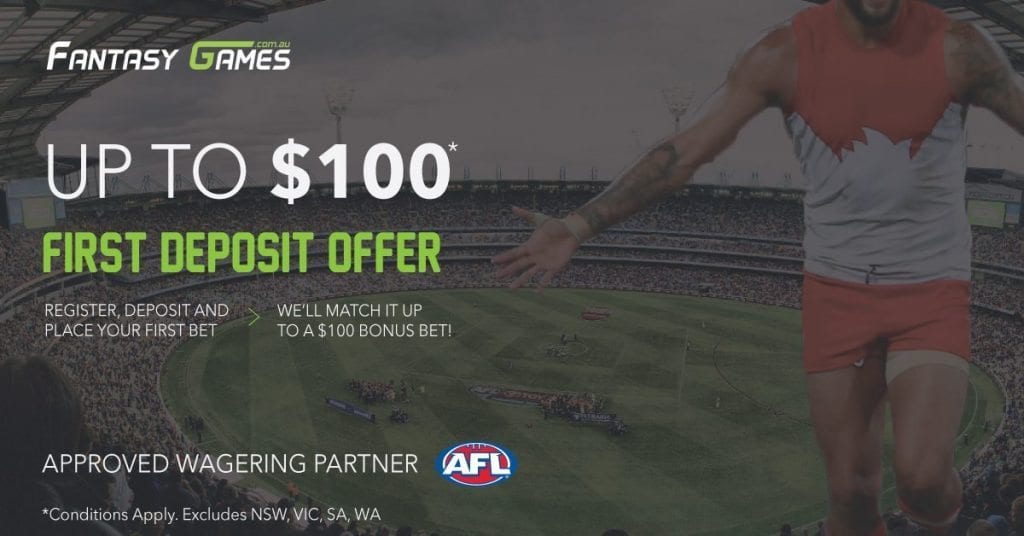 Danger had an off weekend against GWS last week.  Brisbane at home is a different proposition though and Danger will tear the Lions apart.  With many of the Lions stars missing, I’d expect to see a repeat of Dangerfield’s effort from Easter Monday (43 disposals against Hawthorn).  A must-have and captain pick this week.

Martin is about the only star Lion still able to stand upright.  Scored a massive 132 Fantasy Games pts in the loss to North Melbourne last week and should dominate the Ruck against the Cats as well; despite a big loss is on the cards.

Thank heavens this isn’t the SC scoring system because disposal efficiency would come into play.  This is Fantasy Games and Taylor racked up 122 pts from his 22 disposals and two goals against North last week.  With injuries taking their toll, Taylor should get a decent chunk of midfield time.

Well there you have our tips. Discuss in the comments thread if you have your own ideas and suggestions on who’ll dominate this weekend.

Sign up to Fantasy Games today and get a $100 Bonus Deposit Match! (T&C’s apply).