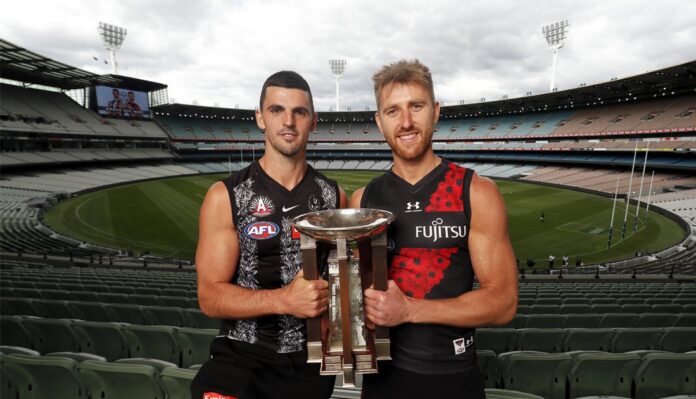 And St Kilda great Nick Riewoldt has labelled the mix up “horrific”, calling for the two clubs to find a way to fix it by Sunday.

Collingwood on Monday released its jumper for Sunday’s blockbuster clash at the MCG, creating confusion around the AFL community.

The Magpies are going for a different look this year, wearing a predominately black strip with weaved rosemary sticks serving as the white stripes.

It also features the traditional ANZAC logo on the front of the jumper above the AFL symbol.

Essendon had already released its jumpers, wearing their traditional all black design with red ANZAC poppies replacing the sash. 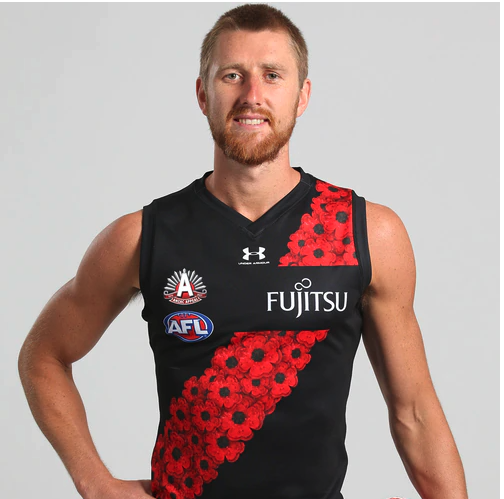 Being the Magpies’ home game, the Bombers will wear white shorts, but it still seemingly sets up an obvious jumper clash between the two Victorian sides.

Speaking on Fox Footy’s On the Couch on Monday night, Riewoldt believes there is time to resolve the issue.

“Flagging this on a Monday so we can fix it – we’ve got time to fix it,” he said on Fox Footy’s On the Couch.

“This is a horrific jumper clash, and it‘s gonna be hard to tell the teams apart.

“It’s Monday – find a way, because we can’t have them rolling up (like that).”

"We can't have them rolling up like that." #COUCH pic.twitter.com/A6M0Qp09LV

Both clubs will be look to get their second win on the board in 2021 when they meet at the MCG on Sunday at 3.20pm AEST.

These Anzac Day guernseys look amazing, but we may have a jumper clash on our hands… A lot of black going on in both kits! pic.twitter.com/ySwsIhZNrt