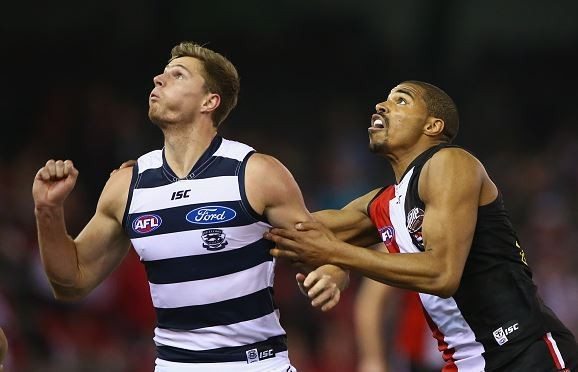 Geelong’s Nathan Vardy and Josh Cowan have put pen to paper on new deals with the Cats.

After long injury lay offs over the past two seasons, both made successful AFL comebacks late in 2015.

“At 24, both Josh and Nathan have spent more time in rehab than most players do their entire careers, the resilience they have shown has been exceptional,” Geelong’s general manager of football Steve Hocking said.

“Josh is a really talented player and when he has been given an opportunity, he has grabbed it with both hands. For someone who hadn’t played in four years, it was fantastic to see Josh back out there in round 23.

“Nathan has experienced his fair share of roadblocks, particularly over the last 18 months. But to see him push through that and make a strong comeback to AFL was really pleasing for us.

“His ability to perform in the ruck and push forward is something we as a club value highly.”