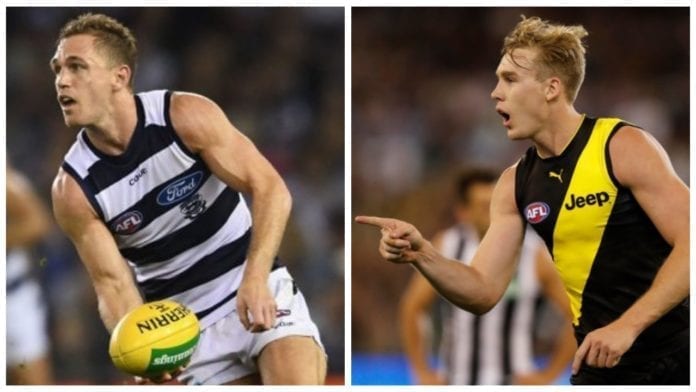 According to Cats star Patrick Dangerfield, it will take more than a finger injury to keep his skipper on the sidelines.

“Unless his leg was cut off, I reckon he (Selwood) will be out there,” Dangerfield told Fox Sports’ Tom Morris.

“We haven’t trained yet, but unless you run him over in the car on the way back, I would very much expect the skipper to be leading the way on Saturday night.”

Selwood dislocated his left middle finger in Thursday’s loss to Port Adelaide and has since had surgery.

Cat Jack Steven won’t be available to return to Geelong’s side if needed, with the midfielder sustaining a hamstring injury on the weekend.

Richmond will welcome back Lynch for Friday night’s semi-final clash against the Saints after suffering a hamstring injury.

Despite being spotted at a clinic on Tuesday, the Tigers key forward confirmed his return.

Lynch received scans on his finger that required surgery in July, stating his check-up was just precautionary.

“Nah, it’s a long time. It’s an old injury and we’ll potentially do something at the end of the year,” Lynch told 7 News.

When asked if he was ready to play against St Kilda, Lynch said: “Yeah, yep.”

If Richmond are to defeat the Saints, they will face Port Adelaide in a preliminary final.