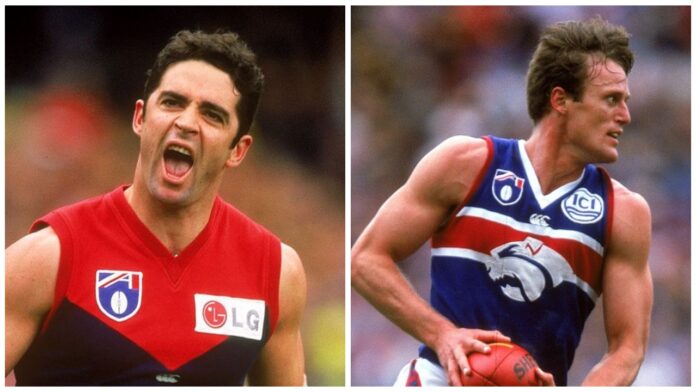 The AFL have announced who will be presenting the 2021 cup at the conclusion of the 2021 AFL Grand Final.

Should the Western Bulldogs win their second flag in five years, Head of Football Chris Grant will present the cup to Luke Beveridge and Marcus Bontempelli.

If Melbourne are able to bring home an elusive premiership and break the longest active premiership drought in the AFL, Garry Lyon will do the honours.

Both men are in their club's Team of the Century.

The Grand Final will take place on Saturday September 25th at Optus Stadium in Perth. The game gets underway at 7:15pm AEST.